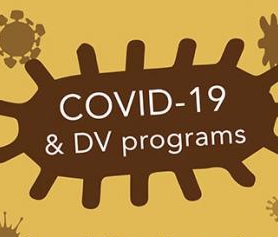 "In just one day in 2016, over 41,000 adults and children fleeing domestic violence found refuge in an emergency shelter or transitional housing program."

Human trafficking, domestic violence and sexual assault are interwoven in complex ways.  While we often think of trafficked persons as being particularly susceptible to sexual assault and exploitation, domestic violence can also be a factor in the violence these survivors face. Understanding the intersections of human trafficking, domestic and sexual violence, and homelessness is a critical part of providing accessible, trauma-informed services.  Survivors of human trafficking face complex barriers to safety, particularly those who are most marginalized and have the least access to resources, including survivors of color. Resources in this section address human trafficking, the ways it intersects with domestic and sexual violence, and explores ways that housing programs can help trafficking survivors to access safety.

The Freedom Network Training Institute is the training and technical assistance arm of Freedom Network USA (FNUSA), the nation’s largest alliance of experienced advocates advancing a human-rights based approach to human trafficking in the United States. FNUSA believes that empowering survivors with choices and support leads to transformative meaningful change. To learn more about the Training Institute, please visit https://freedomnetworkusa.org/training/.

Responding to the Needs of Immigrant Survivors of Domestic Violence

This special collection explores the complex experiences of immigrant survivors of domestic violence and includes resources to support their path to safety and justice. Resources are also included to help service providers respond effectively and appropriately. The collection highlights the importance of using a strengths-based approach, recognizing the courage, strength, resilience, and perseverance of immigrants who have sought to establish a new life for themselves and their children in the United States.

U Visa for Crime Victims

U Visa for Crime Victims
WomensLaw.org

This page provides information about U visa, including what this visa is, who can be its principal applicants, grounds for inadmissibility, and costs for its application.

A Scan of the Field: Learning About Survivors of Human Trafficking

This brief describes findings of a research study that seeks to understand the experiences of Latina women and their children when seeking asylum due to gender based violence and to document the experiences of those who have been detained while seeking asylum for gender based violence, the consequences of detention on survivors of violence, and post-detention service needs. By understanding the process of detention and how Latinas experience detention and possible re-traumatization and re-victimization, as well as the unique needs and services required to assist survivors throughout detention and upon release from detention, well-informed policy recommendations and practice priorities can be developed to promote trauma-informed approaches at every point.

The Adult Human Trafficking Screening Tool (AHTST) is designed for use across various health care, behavioral health, social services, and public health settings in order to assess adult patients or clients for human trafficking victimization or risk for potential trafficking victimization. It is a survivor-centered, trauma-informed, and culturally appropriate intervention tool.

Building from what trafficking survivors have taught us, this webinar discusses how to identify survivors, how past experience of help-seeking can influence current attempts, and the importance of trauma-informed care at different points of contact with survivors such as raids, arrest, and at shelters.

Statistics on Gender-Based Violence in Asian and Pacific Islander Communities

Ensuring Access to Shelter and Services for Immigrant Survivors

Immigrant victims of domestic violence, sexual assault, and trafficking often face additional challenges and barriers when seeking assistance and safety. It is imperative that domestic violence and sexual assault organizations not only ensure access to their services to all survivors, regardless of immigration status, but that they also proactively reach out to immigrant communities to let them know that the services are available to them and that they are welcomed.

Comparing Forms of Immigration Relief for Immigrant Victims of Crime

This chart is a basic outline of various forms of immigration relief available to immigrant crime victims including domestic violence, sexual assault and trafficking victims.

This document provides an overview of the resources available for immigrant survivors of violent crimes.

Child Sex Trafficking in America: A Guide for Parents and Guardians

This fact sheet explains child sex trafficking, how children become victims, who the perpetrators are, statistics, indicators for exploitation, suggestions on how to keep your child safer and agencies for assistance and information.

Considerations and Recommendations on Trauma-Informed Advocacy for Trafficking Survivors

Neither Security nor Justice: Sexual and Gender-based Violence and Gang Violence in El Salvador, Honduras, and Guatemala

Neither Security nor Justice: Sexual and Gender-based Violence and Gang Violence in El Salvador, Honduras, and Guatemala
Kids in Need of Defense

This report examines the relationship between gang violence and SGBV in El Salvador, Honduras, and Guatemala. It describes common forms of SGBV in the gang context and the ways in which gangs use SGBV to exert and maintain control over populations and territories in the areas where they operate. It also explains the factors that prevent reporting and prosecution of SGBV, both when the perpetrator is a gang member and when the victim lives in a gang-dominated area. The report briefly outlines government efforts to address violence and impunity. It provides recommendations on how the governments of El Salvador, Honduras, and Guatemala can work to reduce gang-related SGBV and increase assistance and justice for survivors, which in turn will provide affected individuals and families with alternatives to forced migration. The report also makes recommendations to the U.S. government on how to direct and prioritize aid to Central American countries to effectively bolster efforts to prevent and address SGBV.

T Visas: What They Are and How They Can Help Your Clients

T Visas: What They Are and How They Can Help Your Clients
National Immigrant Women's Advocacy Project
Leslye E. Orloff

This document contains an overview of T visas for victims of human trafficking.

This webinar presentation and accompanying materials offer information on government funded programs providing emergency shelter, transitional housing, public and assisted housing to immigrant victims of domestic violence, sexual assault, human trafficking, stalking and dating violence. Information is included about what programs are open to all immigrants without regard to immigration status and which are limited to certain categories of immigrant victims including access to public and assisted housing for VAWA self-petitioners and Human Trafficking victims with HHS certifications.

This fact sheet highlights the legal right of immigrant victims of domestic violence, sexual assault, dating violence, stalking and human trafficking, and run away, abused and abandoned children to access shelter and transitional housing. Included is a discussion of anti-discrimination laws and advocacy strategies that advocates and attorneys can use to successfully advocate to have immigrant victim clients accepted in shelters and transitional housing programs.

NIWAP has developed a number of checklists that assist attorneys and advocates working with immigrant survivors to prepare for a variety of legal cases on behalf of immigrant survivors. Some of the checklists are geared toward preparing to accompany a victim who will be applying for state or federal public benefits that the victim or the victim’s child are eligible to receive.

Resources from Our Partners

Webinar: Understanding the Housing Needs and Opportunities for Survivors of Trafficking

Webinar: Understanding the Housing Needs and Opportunities for Survivors of Tra…
Freedom Network

This webinar discusses the importance of assessing the ongoing housing needs of survivors of human trafficking and provides a high level understanding of the current housing landscape. Service providers will learn about guidelines for including housing assessments as part of their services as well as what options are available for emergency, transitional, and long term housing.

Rapid Re-Housing is a response to homelessness aimed at returning individuals to permanent housing as quickly as possible. This fact sheet explores how rapid re-housing can be utilized to house survivors of trafficking.

A Guide for Working with Domestic Violence Shelters

A Guide for Working with Domestic Violence Shelters
Freedom Network

This guide provides anti-trafficking programs guidelines on assessing if a domestic violence (DV) shelter is a good fit for a survivor and ideas for creating effective collaborations with DV programs.

This fact sheet provides an overview of the HUD Continuum of Care Domestic Violence Bonus funds and offers tips for anti-trafficking organizations applying for the funds.

The Rights-Based Approach in Housing for Survivors

The Rights-Based Approach in Housing for Survivors
Freedom Network

Safe and stable housing is a basic human right. This fact sheet explains the human right-based approach in housing, the practice, and impact.

This fact sheet provides an introduction to Continuums of Care (CoC) and explores how anti-trafficking organizations can collaborate with their local CoC.